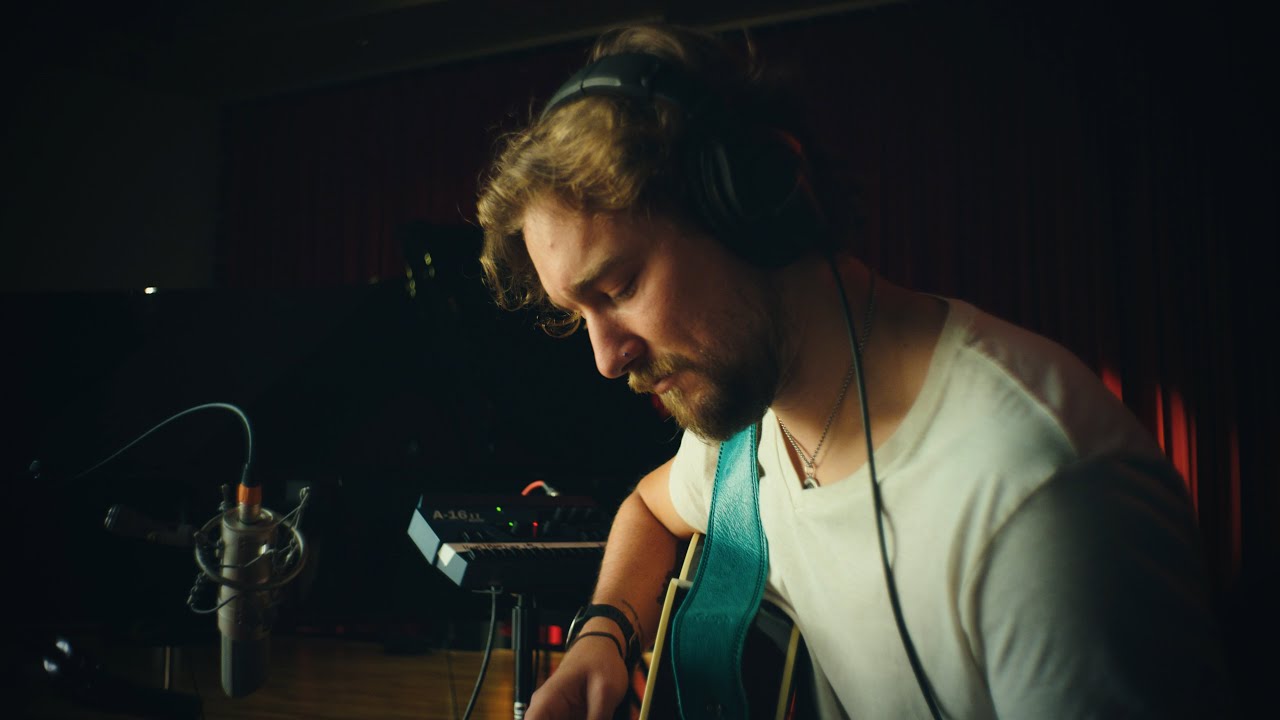 Katherine Lynn-Rose and Stephan Andre were finalists in a contest on Instagram in August, where they stunned us with their guitar and vocals respectively. We took them to Revolution Studios in Toronto, where they got to showcase their talents in a professional recording setting.

Discover what’s in store when you participate in an Audition Showdown contest!

Katherine and Stephan were given the opportunity of a lifetime to record in a Toronto studio known for making waves in the music industry domestically and internationally.

Revolution Studios has been in business for around ten years. In their time, they’ve made recordings with legends such as Rush and Three Days Grace, as well as performers from all around the world.

“There will always be the need for high-end, elite recording,” said the owner of Revolution Studios, Kim Cooke. “I think Audition Showdown will help drive business for any studio that has the same philosophical approach as us.”

To most aspiring performers, the chance at professional recording seems impossibly out of reach when starting out. Audition Showdown aims to turn that around and make recording a possibility for any talented, driven individual ready to show their passion to the world.

“It’s very difficult for small artists to get recognized,” added Stephan. “I feel like Audition Showdown just really helps showcase smaller artists who are super talented. I have a running joke with my friends—there’s probably some guy in his basement in Taiwan or something who’s a phenomenal guitar player, but nobody will know.”

The beauty of social media is that anyone, no matter their background, financial status, or influence, can get recognized for their raw talent. Audition Showdown aims to be a platform that directly showcases this talent on an international scale.

In the tough world of the music industry, talent scouts are always on the hunt. For decades, aspiring performers have uploaded their content onto various social media outlets mixed in with all of the other posts hoping to build a fanbase and get discovered. It’s time talent search moved into the modern era.

With Audition Showdown, performers can sign up and enter for the chance to win on a social media platform dedicated to artists. Unlike other Social Media platforms, Audition Showdown provides artists a direct shot at winning big prizes including studio time at recording studios across the US and Canada. This way, talent scouts already know which performers are stunning their audiences, and anyone, anywhere, can have a chance at success.

“The music industry is like a shark,” says Kim Cooke. “It’s constantly circling and looking for talent. I think Audition Showdown can be a source of supply.”

Too often, the music industry comes down to facts and figures and skips out on what’s really special: talent. Audition Showdown is all about breaking down those barriers.

“I really love how talent is the number one currency for Audition Showdown,” said Katherine. “They really don’t care about fame or popularity. It’s really about you and what you have to offer through music and your talent.”

The opportunity to record in a professional studio is a dream for so many talented individuals struggling to get recognized. With Audition Showdown, the prizes are real, and can genuinely make all the difference in an aspiring performer’s life.

“I wasn’t expecting all the fancy cash prizes and being able to record at a huge studio, so this is really huge for me,” Katherine gushed in the recording studio. “This is so cool! I’m fangirling, here.”

As a full-fledged app, Audition Showdown will offer its contest winners not only recording time, but also substantial cash prizes, gigs at major venues, valuable connections and resources, and recording time in even more major studios.

“It’s more focused on the actual raw talent of the performers, the artists, whatever art form that may be,” Stephan said. “I would absolutely recommend that everyone check out Audition Showdown. It’s been zero to one hundred for me.”
‍